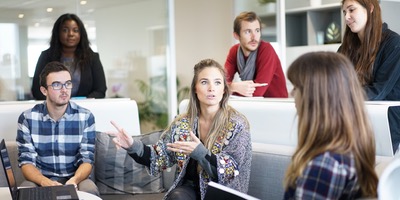 Over the last two weeks, the Trump Administration’s recently signed Executive Order that temporarily banned travel to the U.S. by people in seven countries in the Middle East presented real-time challenges for employers seeking answers to questions from anxious employees about how it impacts them.

Most organizations quickly scrambled to develop courses of action but were hampered by conflicting interpretations of the policy from government officials and legal advisors. At the same time, workers were asking questions wanting to know how the order would impact their lives and livelihoods.

Responding too soon could have communicated inaccurate information but waiting too long out of an abundance of caution to “get it right” created new challenges – especially for organizations that have made an investment in creating diverse and inclusive workplaces. One only needs to look at the firestorm surrounding Uber for a real-time case study as an example of what’s at stake to reputation and the bottom line as its leadership struggled to respond to meet the expectations of both employees and customers.

The brand value proposition of best practice organizations is based in part on the fact that they welcome workers with a diversity of perspectives and backgrounds as well as have created cultures of inclusion that fuel innovation and growth. They have demonstrated this commitment in multiple ways such as creating networks for women, black/African-American, LGBT, Hispanic/Latino, and Veteran employees, sponsoring community non-profit organizations and by holding management accountable for achieving goals.

But, when it comes to publicly stating a position on social and political issues, the decision gets more complicated…and rightfully so. In an environment where social media can quickly amplify action (or inaction), it only takes minutes to raise doubts about an organization’s authentic commitment to diversity and inclusion.

That’s why the pace of action and how you communicate are essential to protecting your well-earned reputation as a best place to work. Over the past 25 years, I have worked with leadership teams to help them navigate today’s global and multicultural world. Those that have been successful have followed these basic principles:

Anchor decisions to your core values: Your core values play an important role in helping to make and explain these decisions. They are the fundamental beliefs and guiding principles of your organization that dictate behavior and action…and people pay attention to them. An October 2016 LinkedIn Global Recruiting Trends Report showed job candidates cited “culture and values” as their most important consideration when evaluating a potential employer.

When organizations make a statement in support or against public policy issues, they can be viewed as champions for popular causes as well as face backlash. That is the cost of living your values for some. While it does not make sense to engage on every topic, stakeholder feedback and market trends will be indicators of which rise to the top of the list for consideration.

A recent example occurred when the state of North Carolina passed HB2, a bill passed that sanctions LGBT discrimination across that state. The business community was pressured by customers and shareholders to make a public statement denouncing the law and how it would negatively impact their bottom line. CEO Arne Sorenson said it was an easy call to publicly oppose it. “The law does not reflect our values or a basic principle that helps drive new jobs and economic growth in North Carolina and beyond: Everyone deserves to be welcome.”

Have a clear diversity and inclusion vision and remember why it matters to your organization: The foundation of an effective strategy that produces sustainable results includes a clear vision statement explaining what diversity and inclusion means and why it matters to the organization’s success. Any barrier to accessing the best talent possible that arises from a social or political issue is deserving of careful evaluation and possible response to internal and external stakeholders.

Google’s response to the recent Executive Order is an example of how the company’s commitment to diversity and inclusion in part guided what they said. Part of Google’s Diversity Mission statement reads, “Google is investing in four ways to strengthen the diversity of our workforce…” The Wall Street Journal reported Google CEO Sundar Pichai distributed an internal memo which said that Google was “upset about the impact of this order,” specifically as it relates to restrictions placed upon “Googlers and their families,” as well as how it could impose “barriers to bringing great talent to the U.S.”

Keep communications bi-directional and be transparent: Good contingency planning includes being prepared to respond quickly to stakeholders about current social and political issues. If your organization has made public statements in the past about diversity and inclusion, there will be an expectation of a similar response especially at times of crisis. A recent example occurred last year when an increased visibility of police involved shootings of African-Americans resulted in calls for companies to show their support for the Black Lives Matter movement. Some did and some chose not to.

At times of crisis, messages from leadership are an essential way to convey the organization’s awareness of the situation, express support for employees and families impacted as well as communicate what other activities are underway that may not be apparent to workers and customers. It is also important to create bi-directional channels of communication that provide employees forums where they can engage with leadership to share their feelings and ask questions. In the end, the authenticity of the response will be measured by what was said, who said it, how quickly and how often outreach occurred.

The Wall Street Journal reported that Amazon CEO Jeff Bezos sent an email to staff last Monday informing employees that the online retailer was exploring legal options to counter President Donald Trump’s immigration ban. In addition, Amazon recommended U.S.-based employees from Iran, Iraq, Sudan, Syria, Somalia, Libya and Yemen refrain from traveling outside of the U.S. This provided important information and sent a clear message they were making this a top priority.