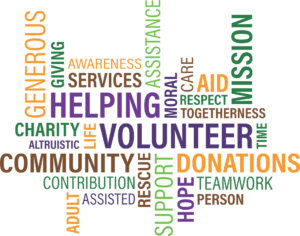 Reputation matters when it comes to winning the war for diverse talent…especially in Silicon Valley.  Facing pressure from Jesse Jackson to increase ethnic and racial diversity in their workforces, technology firms have pledged they could and would do.

Despite increased investment in training, diversity and inclusion (D&I) expertise and benefits, data released by Facebook, Apple and eBay shows a mere 1% increase in their ratio of women in 2016 vs. 2015 when at the same time LinkedIn saw a 3% reduction in its non-white employees.  At the same time, three former Google female employees recently filed a class action lawsuit alleging a pattern of discrimination against women workers, including systemically lower pay than their male counterparts.

The lack of progress combined with continued reports of sexual harassment has left many observers questioning the veracity of promises made by these CEOs to bridge the diversity gap.  On the flip side, Intel has managed to preserve its hard-fought reputation for being an employer that values diversity even though data shows changes in its workforce diversity is on par with the others.

When I reflect on why, it is due in large part to being known as a good corporate citizen.  A survey from Deloitte showed 70% of respondents said a company’s commitment to corporate social responsibility (CSR) would influence their decision to work there.  When companies like Intel align its activities with the social, economic and environmental expectations of employees and customers, they provide tangible evidence bridging the diversity gap remains a priority.

Which is why the extent of organization’s corporate social responsibility (CSR) efforts has increasingly become a bellwether when stakeholders assess the credibility of an employer’s stated commitment to diversity and inclusion.  In today’s polarized and racially-charged environment, let’s take a closer look at what’s at stake and how your CSR strategy can be a differentiator when attracting and retaining diverse talent.

Public opinion research shows stakeholders not only want companies to play an active role in their community, it’s their duty.

What you can do

People often ask me to identify what practices best-in-class companies employ to separate them from the rest when it comes to being known as diversity and inclusion leader.  I believe organizations that apply these five guiding principles when developing their CSR and D&I strategies will provide stakeholders proof that they are in it for the long haul:

Being a good corporate citizen means partnering with and supporting these vital links to the communities. Remember that what began as a public relations tool has evolved into to a strategic differentiator in today’s competitive war for talent.